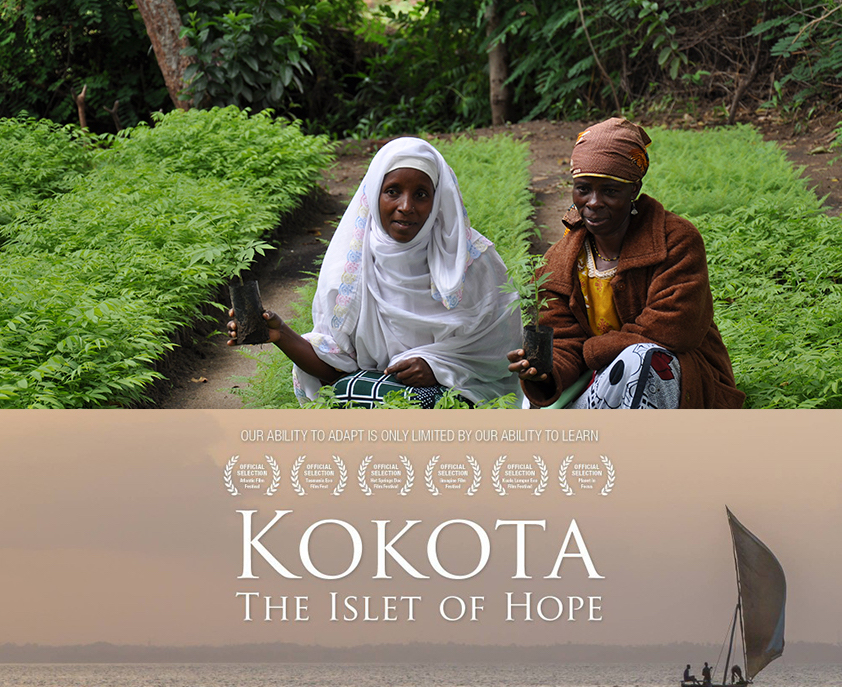 Kokota, Tanzania is home to 500 inhabitants measuring just one square kilometre, the island used to afford its inhabitants the necessary natural resources in fishable rivers with clean water and canopies of trees. Unfortunately this lifestyle was unsustainable for the island, by the start of the 21st Century the island’s resources were depleted, rivers ran dry, soil turned to dust and fisheries became redundant leaving the population with little to survive on.

However, in an example to the world the islanders managed to turn the clocks back on their environmental destitution. In 2008 a nearby island Pemba began reforestation efforts utilising their remaining water supplies to restore fertility to their land. This idea quickly caught on in Kokota, but it first started with Pemba Island resident Mbarouk Mussa Omar who visited Kokota in 2007 and saw how little water the population had.

Teaming up with Jeff Schnurr, a 21 year old Canadian tree planter living in Pemba at the time Omar & his new partner begun the non-profit Community Forests International (CFI) and Community Forests Pemba in an effort to empower the local community and involve them in the tree planting task set out before them. The seedlings were grown in Pemba where water wasn’t as scarce with the surplus being sent the 15 hour sail over to Kokota island, volunteers on Kokota were enthusiastic to lift themselves out of their crises.

CFI also built Kokota’s first school utilising funds from the European Union Global Climate Change Alliance, not just the islands first educational establishment, the building was also designed and built to be able to collect rainwater. Able to hold over 250,000+ litres of water the islanders no longer have to sail the half day over to Pemba to buy water, and with over 300,000 trees planed on Kokota alone their economy and environmental sustainability has improved drastically.

Watch the trailer for National Geographic’s film on the project: https://video.nationalgeographic.com/video/short-film-showcase/00000167-a8fc-d142-af67-fbfc97980000